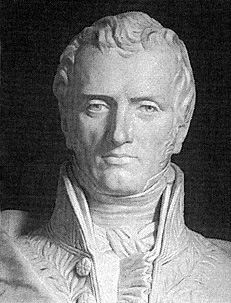 Just a brief, and slightly pedantic, blog post this week on the importance of liberal education and broad thinking for those want to solve real problems, illustrated with a bit of history.

Engineers and physical scientists will know Claude-Louis Navier from his work on the fundamental equations of fluid mechanics (the Navier-Stokes equations) (1822). These are some of the scariest equations seen in most undergraduate engineering and science educations.

But the early French engineers did not merely derive equations that we still struggle to learn and apply.  They also founded modern engineering as an approach to organized problem-solving, an approach picked up by many disciplines. As the French state was keen to rationalize (and centralize) national military and infrastructure systems, they faced many fundamental intellectual and organizational, and technical challenges. So early French engineers were as involved in construction, management, education, and policy as they were in what we too-narrowly think of today as “engineering” calculations (Langins 2004).

Navier was a bridge inspector, a developer of fundamental equations of fluid and solid mechanics, and a policy thinker on the organization and economic analysis of public works. His 1832 paper, “On the Execution of Public Works, Particularly Concessions,” Navier compares different fundamental approaches for financing public works – local funding, state funding, state funding repaid with user fees, and private concessions. We face these issues today, and always.  He also discusses the analysis and public scrutiny desirable for evaluating such proposals.  His ideas remain fundamental and of enduring relevance for all manner of water infrastructure and projects, including local and regional water projects, local projects for safe drinking water, water storage projects, water as a human right, and privatization and community ownership.  Navier’s 1832 paper is seen by some historians of economics as among the earliest formal work on benefit-cost analysis and the economic management of public works (Ekelund and Hebert 1999).

Navier was not alone in having fundamental contributions spanning very different fields. Navier’s younger colleague Jules Dupuit is known today in groundwater and engineering for his contributions to flow modeling (which came from his work on sewers). But Dupuit’s more fundamental contribution was developing the idea of “consumer’s surplus” taught in every undergraduate economics class (1844). The famous economist and political philosopher Hayek, traces socialism to early French engineers. (Today’s modern engineering profession was developed orignally to serve the state, not the private sector.)

There is ever a need to bring technical and social organization together for effective problem-solving. This is important for the professions, as well as governmental deliberations.