Posted on January 31, 2016 by UC Davis Center for Watershed Sciences 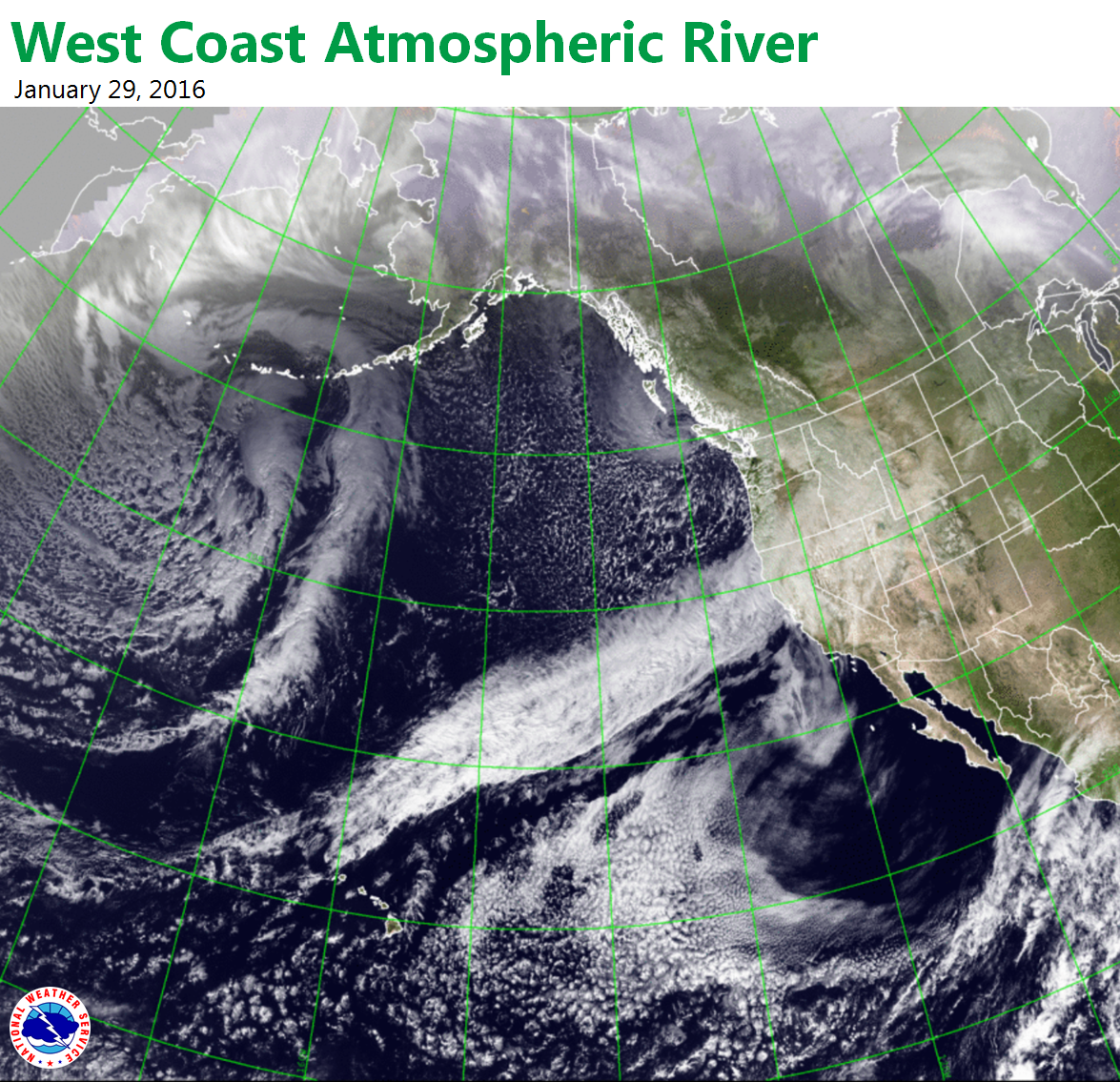 January 2016 has been much wetter than the previous Januaries during this drought. Precipitation is modestly above average, as is snowpack, and climatic conditions remain promising. The largest reservoirs are mostly fuller than a year ago, although not nearly to average conditions for this time of year. Groundwater is likely to be recharging, as it should this time of year in most places, but we still sit atop a large hole.

California remains in a drought. Precipitation and snowpack are now mostly above average for this time of the water year (the 2016 Water Year began October 1, 2015). So far, El Nino is delivering a somewhat above normal water year. But, overall 2016 drought

conditions are likely to remain unclear until March.

The California Department of Water Resources’ California Data Exchange Center (CDEC) does a great job assembling data that give insights on water conditions. They update this every day at http://cdec.water.ca.gov.

Here are some recent highlights, with links.

Groundwater statewide is harder to assess, but is doubtless making some recovery from last year’s levels. It still has a long way to recover from the drought in many places.

The drought so far has depleted total storage in California by about 22 maf cumulatively or nearly a year’s worth of water use in agriculture. Soil moisture conditions were also unusually dry following 2015, diverting and delaying some runoff from early storms.

Snowpack in California is mostly above average for this time of year and already greatly exceeds last year’s snow accumulations. There is a ski season.

Is it El Nino yet?   Apparently, yes. But it is giving us slightly better than average conditions, which so far are much better than the last four years. No major floods yet. So far, the forecast for February looks good.

Steady, above average precipitation and a decent snowpack, so far. Much better than the last four years. Let’s hope it continues, but remain prepared for another drought year, or at least lingering drought effects even if conditions are modestly wet this year.

Wonks might be interested in UC Davis’ ongoing seminar series on drought impacts and policy (most Mondays at 4pm on the UC Davis campus). The public is welcome and videos are posted some days after each talk. Details at: https://watershed.ucdavis.edu/education/classes/california-water-policy-seminar-series-drought  This Monday we’ll hear from Peter Moyle (UC Davis) and Jay Ziegler (TNC) on ecosystem impacts and management during the current drought.

Comparing to last year at this time, February 2015: https://californiawaterblog.com/2015/02/04/rain-or-shine-california-drought-still-kicking/