Drought, Fish, and Water in California 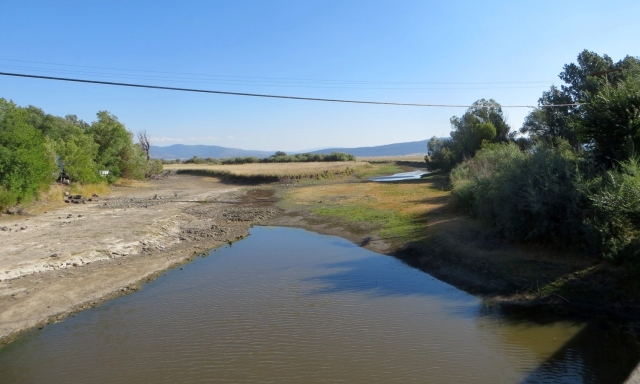 With a big collective sigh of relief, Californians rejoiced that we have largely recovered from 2012-2016 drought[1].  Streams are flowing.  Reservoirs are full. Crops are watered. Native fishes are reproducing   But this not a time for complacency; if the 2012-2016 drought, the hottest and driest on record, had lasted another year or longer, California ‘s farms, cities, and ecosystems would have been in a dire state, with water in short supply everywhere (Mount et al., 2017, 2018).  This should thus be a time to develop new and better strategies for reducing impacts of severe drought on both natural and developed systems, following the California Water Model (Pinter et al. 2019) of “resilience through failure.”  California has a history of learning from past failures of water management, especially floods, and of avoiding repeating mistakes as a consequence.

Drought, of course, is not confined to California, but is a global problem, which is increasing as the planet warms.  Fish and other aquatic organisms bear the brunt of drought because severe competition with people for water destroys their habitats.  Worldwide, they are facing extinction at increasing rates. This is one lesson from a review of drought effects on freshwater fishes from Canada, California, and Australia (Lennox et al. 2019).  This review shows how fish responded to drought in natural and highly altered waterways worldwide to gain insights into how to keep native fish from going extinct as droughts become more severe. California’s fishes provide especially good insights because most are highly adapted for persisting through long natural droughts; however, many are now threatened with extinction because of actions that exacerbate drought impacts.

To make our review more accessible, we condensed our findings into a list of maxims or aphorisms.  These maxims contain general truths to help managers deal with the enormity of fish conservation problems in an increasingly drought-stricken world. Here are the maxims, somewhat modified from Lennox et al. (2019).

These maxims point to the need to have some aquatic ecosystems in California that are managed largely for native fishes, in ways that make them drought-resistant.  California’s native fishes are actually adapted for surviving severe droughts, but they evolved in large, inter-connected river systems where there were always refuges somewhere.  We cannot bring back those large river systems as habitat but we can create refuges that are closely monitored and managed, with native fishes and the aquatic ecosystems they represent, getting a fair share of the water (Mount et al. 2017).

Oristimba Creek, Merced County, during 2012-16 drought.  Most of creek was dry but there were a few native fish refuges where groundwater  seeped into bedrock pools.  Unfortunately, the pools contained non-native green sunfish which were consuming the native fishes. Photos by P. Moyle.

Peter Moyle is Distinguished Professor Emeritus at the University of California, Davis and is Associate Director of the Center for Watershed Sciences.

3 Responses to Drought, Fish, and Water in California