What lies in store for the state water bond?

Posted on May 16, 2013 by UC Davis Center for Watershed Sciences

For nearly 50 years, the State Water Project’s South Bay Aqueduct has been conveying water from the Delta to Alameda and Santa Clara counties.  Source: State Dept. of Water Resources

California has been struggling to manage its scarce water resources effectively for the benefit of competing needs: a growing population and urban economy, a highly productive agricultural sector and many valuable but threatened watersheds.

In the final months of 2009, the state Legislature passed a comprehensive package of water bills – the first in many years – to address these challenges. The package included new groundwater monitoring requirements, strengthened enforcement of surface water rights, stricter targets for water-use efficiency and a new governance structure for the Sacramento-San Joaquin Delta – a major hub for statewide water supplies and a troubled aquatic ecosystem.

The package also included an $11.14 billion general obligation (GO) bond act supporting these and other areas, to be put before the state’s voters in November 2010. (The Legislature can place bonds on the ballot, but ultimately California voters – who foot the bill through repayments out of the state’s general fund – must approve these measures.) Concerns about weak voter support in a slow economy have since led the Legislature to twice delay putting the bond on the ballot, and it is now slated for the November 2014 general election. 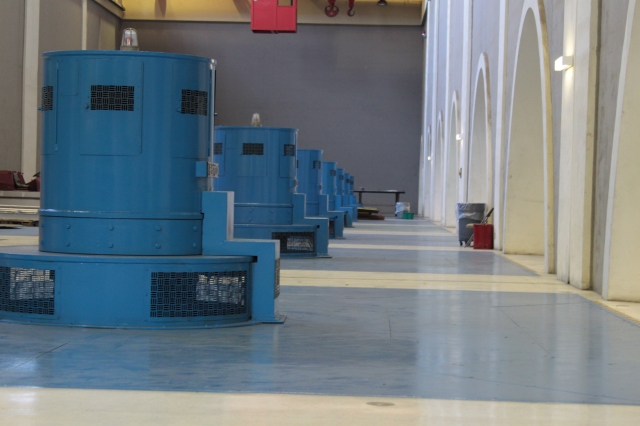 Although this bond is large by historical standards, the 2009 legislature had reason to think voters might support it: from 2000 to 2006, voters had approved six GO bonds for water-related purposes, totaling more than $23 billion (in today’s dollars). And voters had also approved tens of billions in bonds for other purposes in the 2000s, including education, transportation and stem cell research.

But a statewide survey released in March by the Public Policy Institute of California suggests that despite a strengthening economy, today’s voters are subject to sticker shock when presented with a new water bond. Since March 2012, when economic indicators like unemployment and the state budget were less favorable than they are today, support for the bond has actually declined: only 42 percent of likely voters indicated that they would vote for the bond if the election were held today, compared with 51 percent a year ago. When those who would vote no were asked how they would vote if the bond were smaller, overall support increased to 55 percent of likely voters – a majority, but still not overwhelmingly strong support.

This message isn’t lost on the Legislature. Indeed, prior to the March PPIC survey results, the Senate had already held two informational hearings on the water bond, and their tone suggested a desire both to shrink the bond and to reconsider what it should contain. (In my testimony at the Feb. 26 hearing, I noted that while state GO bonds are welcome budgetary supplements for water managers, they require tradeoffs with other important activities – such as education, health and social services – because they are paid back through general fund tax dollars.) The Senate held a third informational hearing on the bond in Southern California on May 10. And on April 30, the Assembly Committee on Water, Parks and Wildlife moved forward three “placeholder” bills on the water bond, signaling its intention to reconsider the content of the bond. 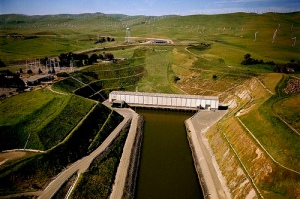 The state’s Harvey O. Banks Pumping Plant lifts water from the Delta 244 feet up into the California Aqueduct for export to cities and farms south. Source: State Dept. of Water Resources

One area likely to receive close scrutiny (once legislators begin rebuilding the bond in earnest) is the funding allocated for ecosystem restoration in the Delta. The current bond includes about $2 billion for that purpose, along with several hundred million dollars to support flood control and economic sustainability in the Delta.

When the bond was originally passed, this support was seen as an integral part of a package of reforms to support improved economic and environmental management of the Delta. The bond drafters explicitly rejected the prospect of funding new water conveyance infrastructure in the Delta – such as the tunnels envisaged under the Bay Delta Conservation Plan (BDCP). But the BDCP planned investments in habitat restoration have always assumed financial support from the general public, and a GO bond is one way to provide that support.

Whatever shape and size the next water bond ultimately takes, California will also need to find other ways to pay for water infrastructure and for critical improvements in aquatic habitat.

Options include small additional fees on monthly water and wastewater bills (something we already do in the energy sector), higher local property assessments for flood control, and new surcharges on harmful chemicals such as fertilizers and pesticides to help reduce their harm on our waterways and groundwater reserves. Such fees are not likely to be especially popular, unless they come with a clear message that they are necessary for a healthy state economy and environment.

Getting the water bond right is an important item on the current policy agenda, but public policy discussions also need to consider a broader range of funding options to address our critical needs.

Ellen Hanak is Co-director of Research and Senior Fellow at the Public Policy Institute of California.

This entry was posted in Uncategorized and tagged Ellen Hanak, water bond. Bookmark the permalink.

2 Responses to What lies in store for the state water bond?