Uncertainty in modeling, an Art Gallery

Water resource planners regularly rely on computer models to illuminate relationships between human- and natural-systems. Anyone who has tinkered with one of California water supply models knows this is a deeply left-brained exercise. During Winter 2021, as part of Jay Lund’s Art and Water class, water resource engineering students took a break from creating and analyzing mathematical models to exercise the right side of their brains and enjoy some art. Please enjoy this collection of art pieces curated by a group of graduate students who can’t quite figure out how to unplug…

This piece illustrates the struggle and discord that can occur in hydrologic modeling practice. As these cherubs fight over the apple shown in the bottom left, we can imagine two experts fighting to model nuanced environmental processes to create a “more perfect” model. In the heat of battle, they fail to consider how the model informs effective policy and meaningful change. Is creating the most accurate model always worth the toil, resources, and effort? Instead, the cherubs could collaborate to share the apple and create a model that worked well enough to inform policy and promote meaningful change. – Abbey Hill

Uncertainty in modeling is inescapable. Instead of making the solution very complicated, why not make things easier? This painting by Mondrian consists only of straight lines and blocks of colors. We can’t predict the variability of precipitation and other key variables in the future, but simplified (Mondrian-esque) models can still be useful and inform water-saving policies. –  Zhendan Cao

This work of Earth art represents both the carefully planned infrastructure and unavoidable uncertainty inherent to modeling. Just as models build on known and existing systems, this work originates with the architectural history of Gothic cathedrals. However, models must also allow space for flexibility, which Wilby and Dessai (2010) describe as a “framework for robust adaptation.” The Tree Cathedral is built with rigid support structures to manipulate the tree growth pattern, but as time passes, the support cages rot and fall away, allowing the trees to stand on their own. The adaptable and flexible nature of the Tree Cathedral becomes apparent over the years as it continues to grow. Will the tree canopies form the roof of the Cathedral as planned? Will the trees continue to grow as intended? Uncertainty is central to the beauty of the Tree Cathedral and to the functioning of models. There is no way to control or plan for every possible eventuality. Will the Tree Cathedral stay standing, or will exposure to the elements cause it to fall? How will future climate outcomes compare to model predictions of increased drought or storms?  – Eleanor Fadely 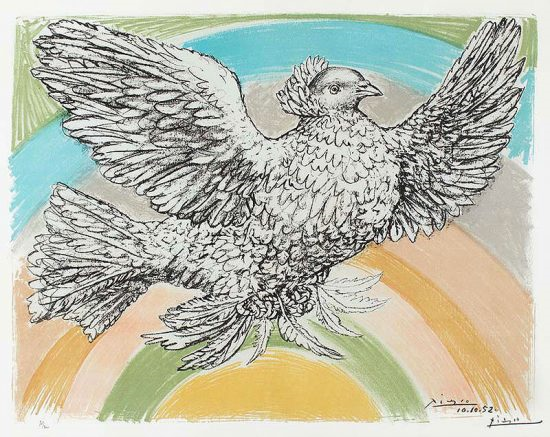 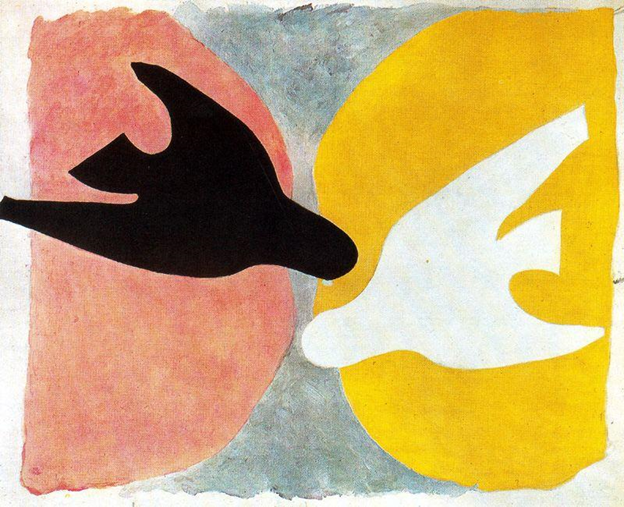 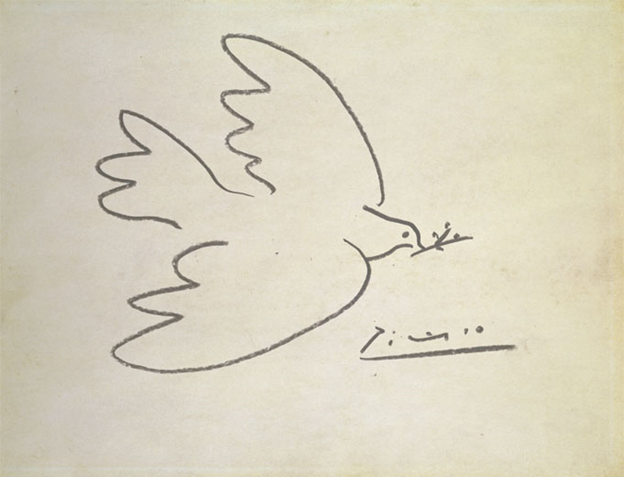 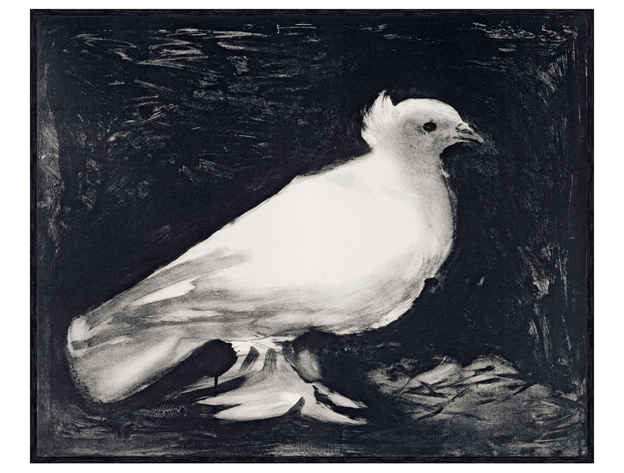 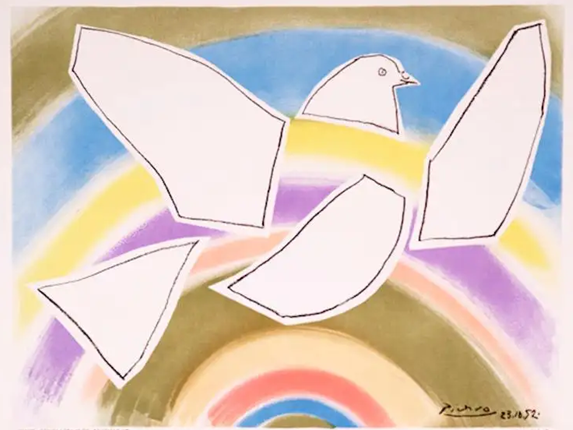 This collection of Dove sketches by Pablo Picasso presents a parallelism between different models used in water planning, design and operation. If a real dove represents the watershed to water managers, the first painting illustrates the utopic model that perfectly simulates/forecasts existing hydrology, incorporating all heterogeneity and complexity. The second sketch would be physically-based, spatially distributed hydrologic models to predict hydrologic processes, accurate depiction of the dove, with some spatial heterogeneity at fine spatial resolutions, represented by the feather details. The next simple dove sketch would illustrate simpler physically based models with a few hydrologic processes, clearly depicting a dove but with less detail. The second to last sketch nicely relates to conceptual models in which each block represents a separate hydrologic process, for instance Tank Model (Sugawara 1972) for subsurface runoff and baseflow, that individually do not provide useful information, but when arranged meaningfully, can produce realistic watershed outputs (Klemes 1982). Thus, generating the dove shape. Finally, George Braque’s painting illustrates an empirical model in which the resemblance to a dove is exclusively due to its construction using watershed data. As such, if provided to other water managers, they might recognize them as a different bird or even E letters with humps, showing that empirical models are useful for the specific watershed they are developed for. – Francisco Bellido 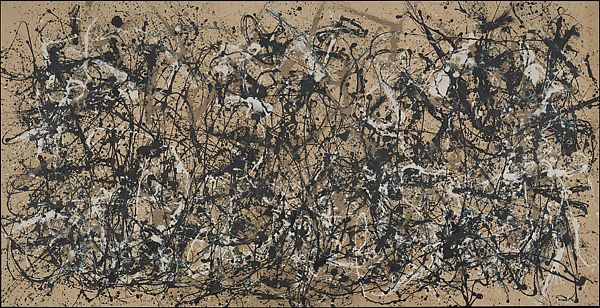 Despite the shocking global trend of rising temperature, its local implications can be obscure. As some pointed out, “There is a low level of agreement amongst climate models even about the sign of the seasonal rainfall” over large areas. Future climate projections do share some similarities with Jackson Pollock’s paintings. In this notable piece called “Autumn Rhythm”, the artist used a variety of dripping and pouring methods to create disordered lines and patches. This certainly reminds us about the numerous uncertainties embedded into climate predictions. Viewers often appreciate this painting for its randomness, abstractness, and the delivery of vitality and flow. As engineers, we also hope to uncover trends and beauty in the turmoil of the future. 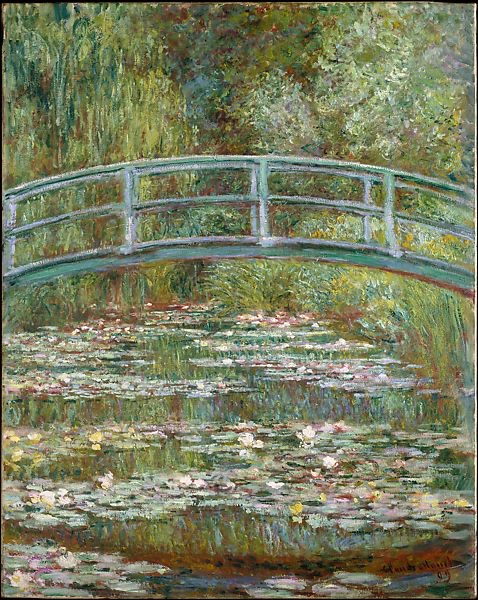 A low level of agreement amongst climate models on projected changes in key variables such as the magnitude of warming or the magnitude and sign of seasonal precipitation has led many to recommend dynamic adaptive management as an alternative to taking big actions now. There is undeniably some common sense to this “wait and see” approach. However, adaptive management merely supplants uncertainties in projecting climate with a myriad of other uncertainties such as the social, economic, and political environments around decisions planned to be made in the future, environments which may in fact be more conducive to decisions made today. Imagine Claude Monet’s universally admired painting, “Bridge Over a Pond of Water Lilies”, without the bridge – does the scene appear more untamed and wild? The notion of adaptive management is like the bridge: its elegant structure transforms the landscape into an orderly, calm and serene atmosphere. But it only appears that way. In reality, the chaotic unpredictability of the environment is more likely to undermine our adaptive plans, plans which are assuredly more embellished and highly dimensioned than Monet’s bridge. In sum, we cannot simply create a bridge over uncertainty, no matter how alluring it may be. – Wyatt Arnold